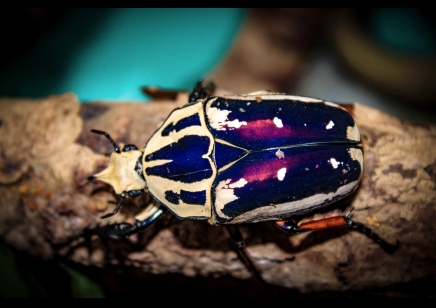 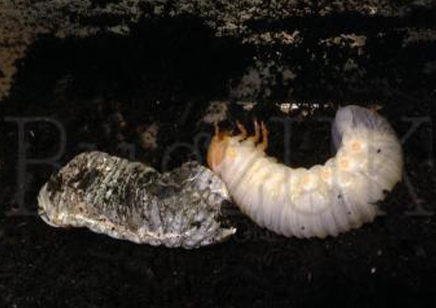 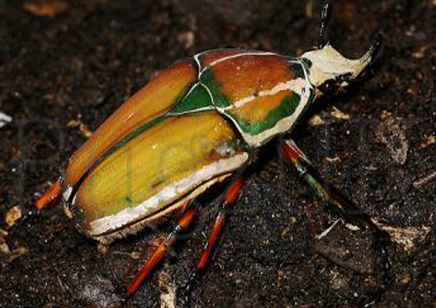 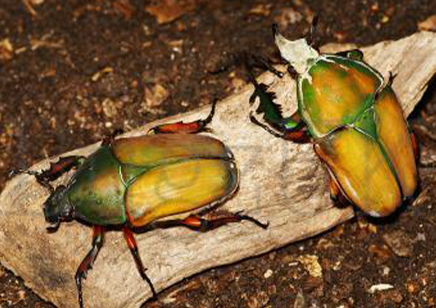 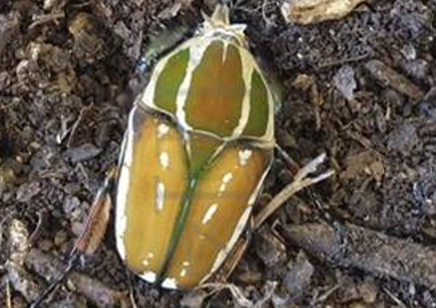 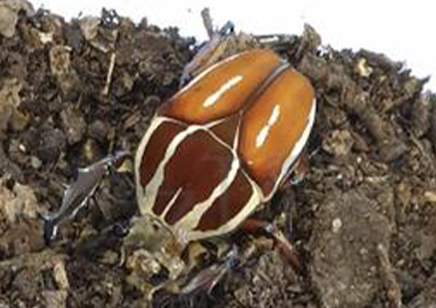 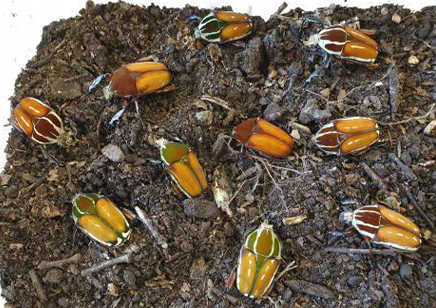 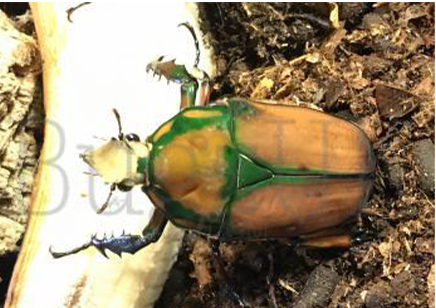 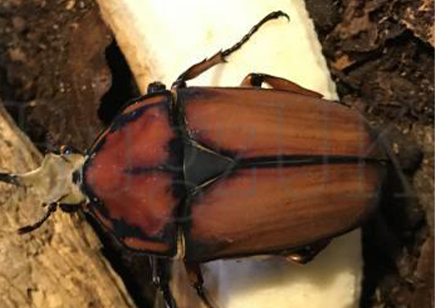 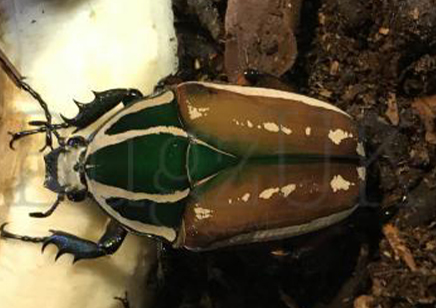 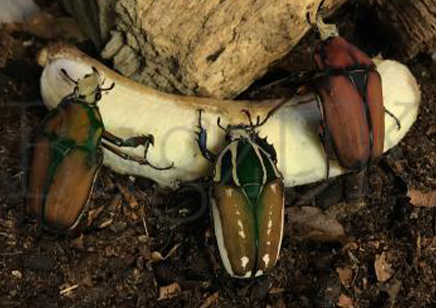 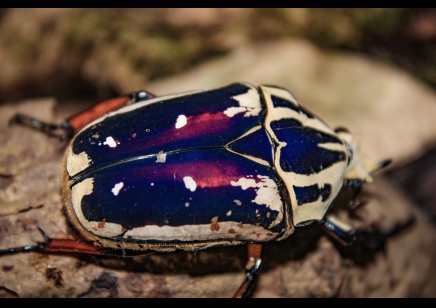 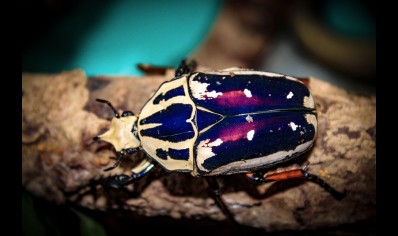 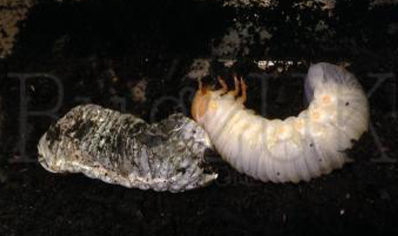 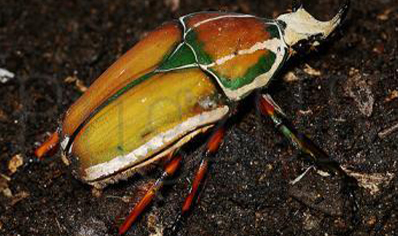 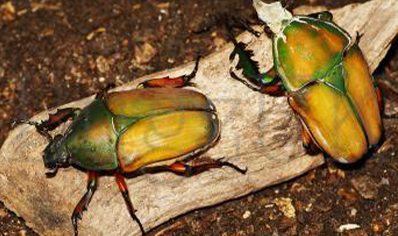 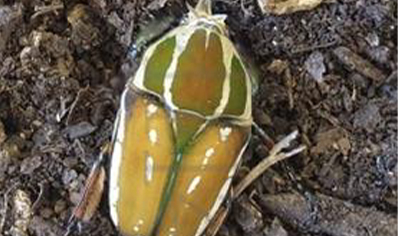 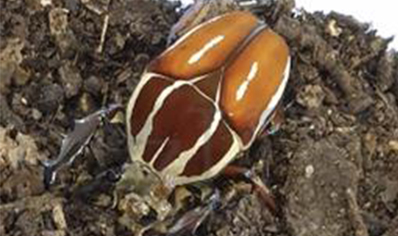 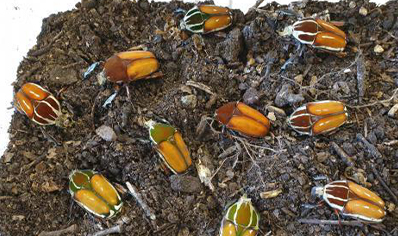 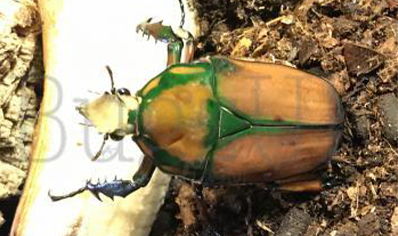 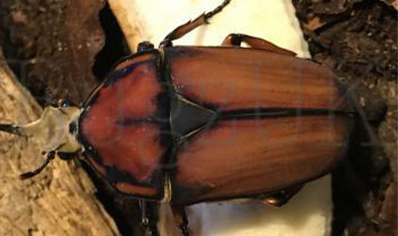 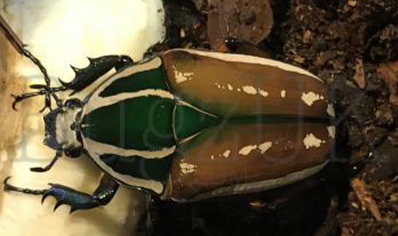 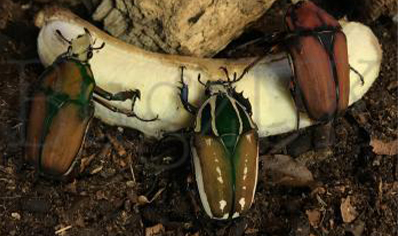 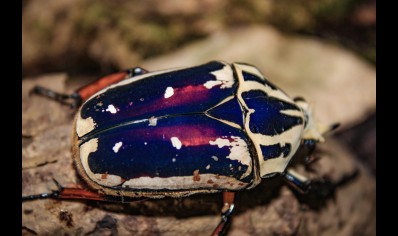 Caresheet provided by Simon Johnson with thanks
There ain't no doubt about it, the Mecynorrhina family features some stunning individuals. Fiery oranges, vivid greens, solid blues and 'most every shade in between can be found on these chunky near-three-inch beetles. The females and males can be identified by differing heads, the male having a curved horn whilst the female's have more of a flatter front. This is, presumably, because the female does a lot of digging and she's adapted for underground life.
So, how difficult is it to breed these six-legged jewels? Well, it certainly isn't difficult. Although historically the Mech' has been labelled as a cannibal I�ve personally found this 'Hannibal lector' image to be incorrect. I house larvae communally, more often than not I have 8 or 10 together in 9 or 12 litre tubs. The substrate I provide is purely made from oak or beech leaves, that have been weathered, aged and shredded as fine as they'll go. The larvae grow fast, I keep mine at 18-25 degree's, and they will soon be L3's. The larvae will need a substrate change probably three times during their life cycle. Don't let the food be totally eaten before you change the tub, and I always mix a handful of old substrate in with the new too. This beetle can be fed extra protein in the shape of Bakers Meaty Meals, but I rarely bother as it is not necessary and can promote a mite infestation. When the larvae starts to think about pupating it will start to gorge on substrate and, in fact, will swallow about a third of its total weight with material that it will ultimately use to construct a cell. For example, a 45gram larvae will balloon to 60 grams in the space of a week. When this happens leave him well alone as he will be thinking about making a cell. Often the grubs will start wandering and you will see lines across the surface, obviously care needs to be taken when delving about in the tub in case you damage the cell. I have had no problems with pupation, all the tubs inhabitants pupating in their own time and ignoring their metamorphing siblings. If, by any chance, a larvae refuses to pupate and spends all day going round and round the surface of its tub then place it in a 1 litre container that is stuffed to the gills with substrate. Ensure that the substrate is packed in very tight and that should so the trick.
So, we have an oval ball about the size of a bantams egg, there's no need for special treatment, just ensure that the pupal cell doesn't get too wet. Do not do anything with the cell as the larvae inside cannot rebuild it and neither can the pupa close properly without the cell walls around it. Unlike some other species of beetle the Mecynorrhina does not build a pupal cell against the side of the tub, it will be situated in the substrate somewhere, so care has to be taken. The pupa occurs a few weeks after the larvae has decided to cast of its skin and make the transformation, and a couple of months later the pupa ecloses into an adult beetle. You can plot the transformation if you so wish by making a very small hole in the pupal cell once the cell has been made a month or so. Once the adults are fully formed they colour up and mature before breaking out of the cell and start looking for food. Mecynorrhina simply adore banana and after a good feed mating will occur. For egg laying I like to house these beetles in a 35 litre tub with a locking lid. Do not under-estimate the power these animals possess, they will bust out of tubs that aren't secure with ease. The substrate for laying wants to be a good foot deep and I compact the bottom three inches of this as that is where the eggs are laid. The females spend most of their time below ground laying eggs and rooting about while the males try and commandeer the banana and will spend all day battling with each other for ownership of this as that is the one place where the female is vulnerable to mating. Five or six weeks after mating was first observed I empty the tub fully, remove any larvae or eggs found and put the tub back again. This is so the larvae doesn't eat too many eggs. The larvae are placed in a 9 or 12 litre tub with shredded oak/beech leaves and the cycle starts again. Good Luck. Simon Johnson. 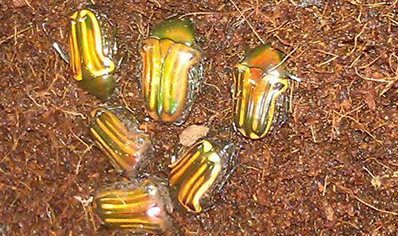 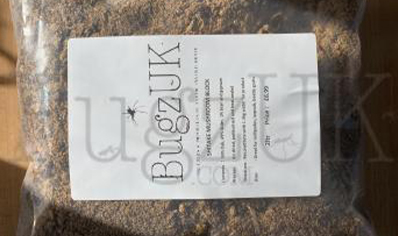