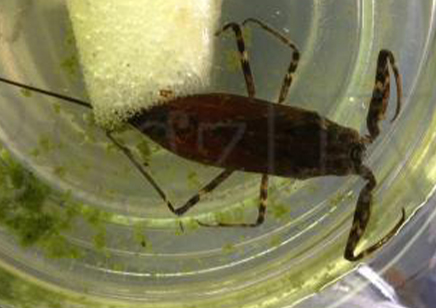 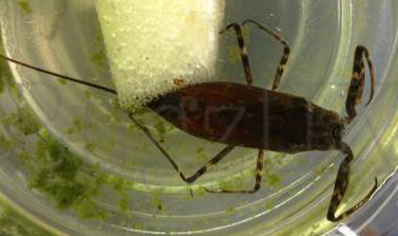 provided by Daniel Weetman with thanks
Water scorpions are insects from the family of Nepidae and are more distantly related to the assassin bugs that are kept and bred in the hobby than scorpions as their name suggests. These insects are fully aquatic and every life stage has a high dependency on water. This species originates from Africa and can be found in aquatic habitats of numerous regions of the continent. The water scorpions are so named because of their resemblance to a scorpion, the long tail however is not a sting but a number of long hair like structures known as "straps" that have an important function in allowing the bug to collect air from the surface so that it may breath under water. Adults have wings and although incidences of flight are rare with this species, they are known to fly well in the wild and are often attracted to lights or reflective surfaces that they confuse with standing water.

In captivity, water scorpions can be kept in a variety of containers although a faunrium is or similar is ideal. It is important that their housing has a tight fitting lid due to their ability to fly. Water scorpions require a depth of water of around 5cm but long at the bugs can cling to, items such as twigs or aquatic plants, the water can be much deeper. Water quality is to be considered but these bugs are tolerant of a range of water hardness and pH. That said, it would be sensible to use tap water only if it had been standing for some time, bottled water would be acceptable as an alternative and pond water would also be suitable if it was of known origin. There have been no proven benefits of using water conditioners supplied for use with aquarium fish. A filter is not required as these insects prefer still pools on the whole but a partial water change every week or so would be recommended to keep the bugs healthy.

Water scorpions eat other insects and will easily accept anything they are provided with including crickets locusts, mealworms etc dropped onto the water�s surface. It is important to remove uneaten or old prey items to prevent the water becoming to polluted. Water scorpions are not cannibalistic as adults although larger water scorpions would happily eat younger, small ones. Temperature requirements range from 18-25oC and there is no need for additional light.

Water scorpions are long lived and can live for several years as adults. Breeding water scorpions is by no means impossible but quite challenging as they do not look after their eggs or young like some other aquatic true bugs. Water scorpions lay eggs on land buried in damp soil, they hatch after a couple of weeks as tiny red aquatic nymph that look like miniature versions of the adults. Eggs have a few breathing tubes that project above the surface so it is easy to tell when they have been laid, they shouldn�t be moved from where they have been laid. Nymphs will mature in less than 6 months and can be kept in small individual cups of water and fed on small live food. If water bugs don't have somewhere suitable to lay eggs, they will scatter their eggs on the bottom of the tank where the eggs will most certainly drown within a few minutes of being laid.

Water scorpions shouldn't really be handled as they can deliver a painful bite, the bite is mildly venomous but they are not any real danger to humans as their bite is more likened to a stink from a wasp. Water scorpions are enjoyable to keep and not widely available, their unusually, longevity and ease of care make them a good beginner species for the hobbyist. 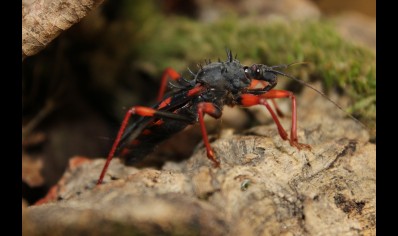 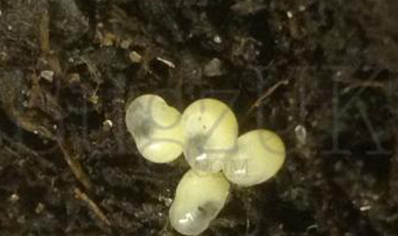 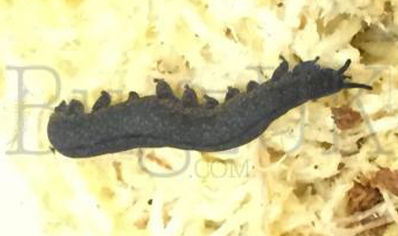