A carniverous snail, hey have been imported for some time now from their home ground of West Cameroon where the soil is very acidic due to being volcanic and largely from Mount Cameroon. But were also successfully exported to Hawaii to combat the Achatina sp. which had become a pest there...unfortunately they were far too successsful and predated upon the local species rather than the pests which they were employed to deal with, in essence, becoming a pest species there instead.

Caresheet provided by Steve Dye, with thanks
Edentulina sp. Caresheet
It's been a while since i wrote a care sheet so let me start off by thanking my friend Martin French of BugzUK for urging me to do so.
This is a fantastically bright green shelled snail with yellow flesh, not a large snail by any means with adults maxing out at 1" shell length. But what they lack in size they make up for in attitude and visual impact.
They have been imported for some time now from their home ground of West Cameroon where the soil is very acidic due to being volcanic and largely from Mount Cameroon. But were also successfully exported to Hawaii to combat the Achatina sp. which had become a pest there...unfortunately they were far too successsful and predated upon the local species rather than the pests which they were employed to deal with, in essence, becoming a pest species there instead.
So, this gave a pointer as to why many collectors had been failing with keeping them in captivity. Although Coir is acidic it doesnt contain the elements and compounds found within pure volcanic soil like in the areas it had thrived in (the volcanic flats of Cameroon and Hawaii).
I bought a bag of 'Rockdust' soil improver from B&Q before my purchase of Edentulina affinis from our very own Mr French of BugzUK. This is pure volcanic basalt mined in Scotland and contains many compunds and elements such as sulphur, phosphorus and large amounts of iron plus other things. I'm not precisely sure which would be of more benefit, but all are key components of life...and guess what? it works. Mix it 50:50 with coir or peat and away you go.
Now that the substrate is out of the way, we can move onto other things, like the temperature. Now although Cameroon is a very hot place, snails are nocturnal so don't need those 30c temperatures and are perfectly happy at a stable 20c-22c, so roughly room temperature (you may have to supplement the heat in winter, depending on your house temperature)
Food now...this isn't for the faint hearted or someone who really loves snails in general as they are totally carnivorous. We tried them on many things and in the end found they preferred Cepea hortensis and Cepea nemoralis (those lovely bright coloured snails from the garden) which were any size up to the Edentulina size. We tried slugs and various other snails like Achatina fulica but they definitely prefer the Cepea sp. over Achatinidae and didnt touch the slugs at all.
I would urge the prospective keeper to collect the Cepea sp. some days prior to feeding them and purge out whatever is inside them on a diet of cucumber slices sprinkled with fish flake food (this is the ONLY time i would ever advise feeding cucumber to snails...any snails)

The outcome of keeping them in the way i have described above? Well, i have observed very healthy shell growth (a smooth rounded wet aperture lip...if your snail does not have this then there is something amiss and that goes for any species of snail) and various pairs mating. I'm not sure if any eggs have been laid because i dont want to disturb them too muc. But they are definitely healthy and thriving.

Additional notes
Other breeders, such as Lyn, have advised now that these snails are not strict carnivores they will happily also take sweet potato.
Feeding Cepaea, young Cornu (and set up a colony of both to ensure a year-round supply). They are particularly fond of Oxychilus alliarius (garlic snails)

additional notes from Lyn
Collected around 100-150 eggs from their tank. Odd looking eggs.
Kind of look like they have two eye-spots in. I don't know how long
they have been laid, as tend to clean out every 2 weeks (by which
point, it's a bit like a snail graveyard in there!) so could be they
are well-developed. Now have them in the peat/volcanic dust mix and
incubating at 24c.......we'll see what happens!
Also discovered another little habit with these guys. They would only
take on smaller snails, but discovered by accident that they will take
a bigger snail if the shell is damaged. Put one in there with a
damaged shell and it went that night. Tried it since and seems to work
every time. I have no idea why? Can only hypothesise that the injured
snail maybe gives off pheromones or more odour, which attracts the
Edentulina. I also *think* they may be taking small slugs. I put a couple in 3 days ago.....not seen them since! 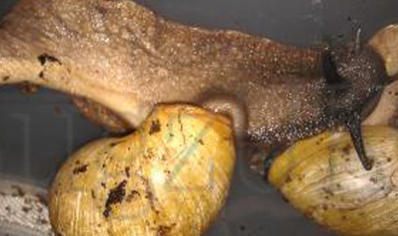 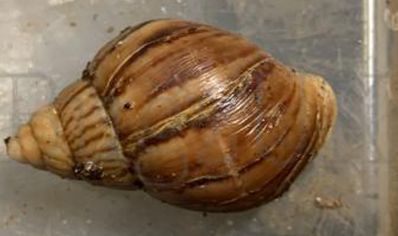 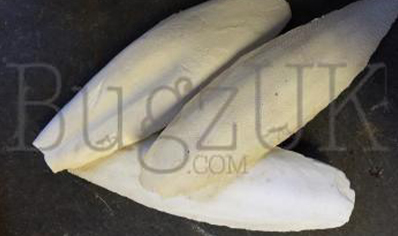