The genus Geosesarma includes a group of semi-terrestrial crabs widely distributed in Southeast Asia, the eastern Indian Ocean, and the western Pacific. Currently, this genus contains 58 recognized species. Although new species are continually being described. They live in forests near freshwater rivers and lakes. They do not depend on saltwater for development. These crabs are sociable, omnivorous, pretty hardy and easy to care for. Geosesarma dennerle is, notably, seemingly more carnivorous than other species of Geosesarma, rarely feeding on plant material or decaying plant material

Diet: Fish sticks, sweet corn and sweet potato
Housing: Five gallons for three crabs maximum
Substrate: A mixture of sand and coco fibre
Temperature: 22 -24c
Humidity: 75%+
Additional notes:
All crabs require a source of calcium, this can be supplied via a cuttlebone or powder supplement mixed into food. 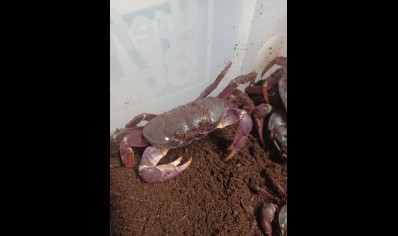 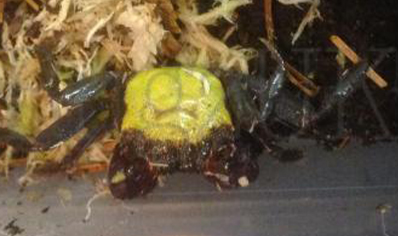 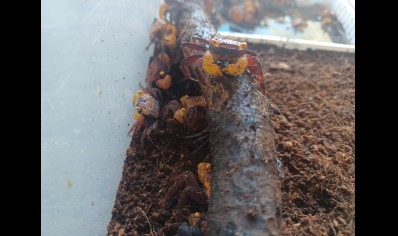